In this episode we speak with Norman Fruchter and Robert Machover about their collaboration as filmmakers and instructors at the Free University of New York (FUNY), a 1960s experiment in radical education. Fruchter presented a course called ‘Film Form: Propaganda into Art’, and Machover offered a workshop with the aim of producing a film collectively under the title ‘Filmmaking’. This led to creation of the film Dog Burning at Noon, a short clip of which plays during the episode. This episode also includes a discussion of and short clip from Machover and Fruchter’s 1966 film Troublemakers, which chronicled a group of young activists who worked with a predominately black community in their struggle against poverty and low quality housing in Newark.
A huge thank you to Jakob Jakobsen, who moderated the discussion and organized the event as part of Interference Archive’s current exhibition Free Education! Rooted in an examination of the history of the Free University of New York, the exhibition aims to generate conversation within our community–across generations and socio-economic realities –about what it looks like to reimagine possibilities for education. The exhibition is currently running at Interference Archive through January 27, 2019. Thanks also to Norman Fruchter and Robert Machover.
Music: “Hello Vietnam,” by Johnny Wright.
Produced by Interference Archive. 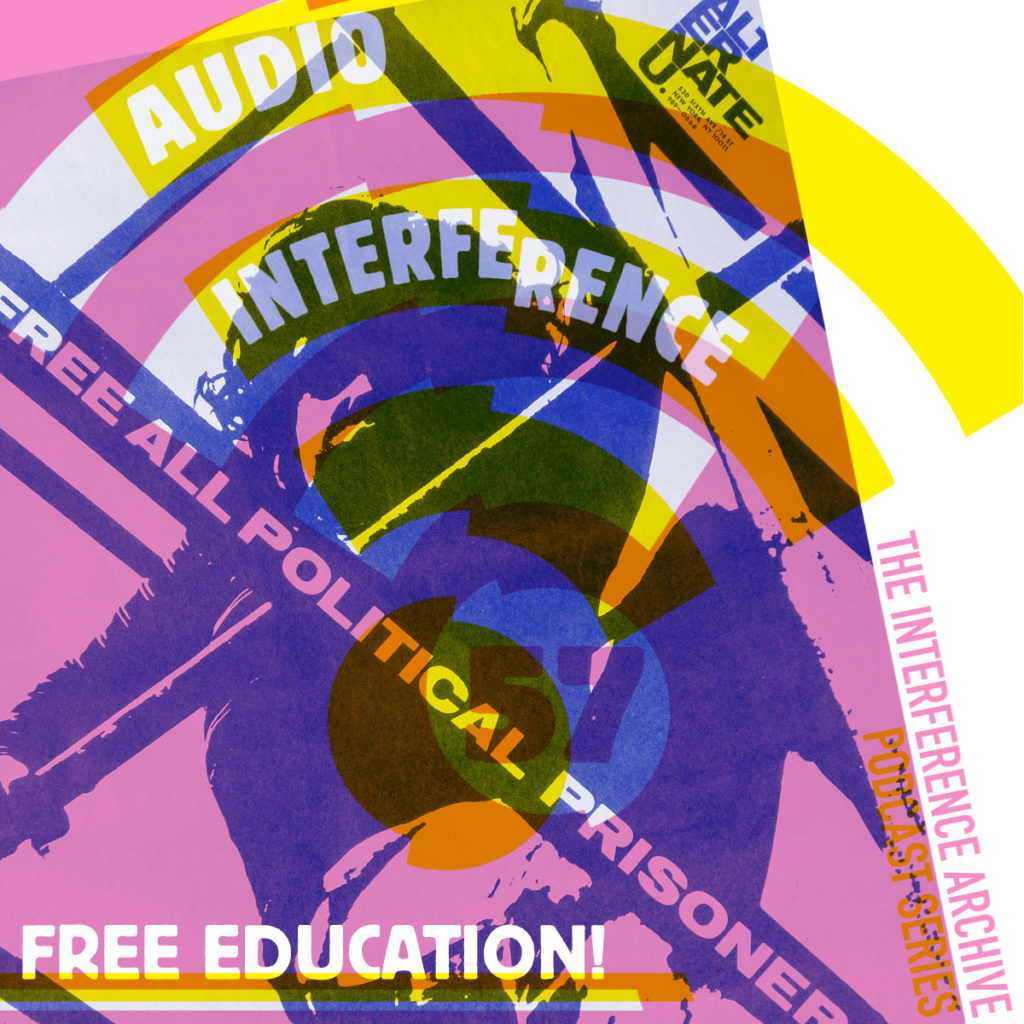