In New York in the early 1970s, government disinvestment coupled with widespread landlord neglect and abandonment, gave rise to squatting, urban homesteading, and other forms of self-help housing. Residents took control of city-owned land and buildings, and developed or rehabilitated their own housing. The ultimate goal for many of these tenants was to take their buildings out of the speculative housing market and own them collectively and democratically. Today, around 1,300 resident-controlled, low-income housing cooperatives exist in New York City, providing some of the most deeply affordable and stable housing in the city.

The Urban Homesteading Assistance Board, or UHAB, grew out of the self-help housing movement. UHAB was founded in 1973, and started by working with self-organized groups of tenants to convert homesteading projects into limited-equity cooperatives, affordable in perpetuity and owned by their tenants.

In this episode, we are sharing excerpts of an oral history of UHAB, conducted by researcher Conor Snow in 2020 and featuring interviews with Charles Laven, Fernando Alarcon, Ayo Harrington, and Ann Henderson. Thank you to UHAB, and to Charles, Ayo, Ann, Fernando and Conor for granting us permission to share this audio with you.

Music: “Bathed in Fine Dust” by Andy G. Cohen and “Tribal” by David Szesztay, both from the Free Music Archive. 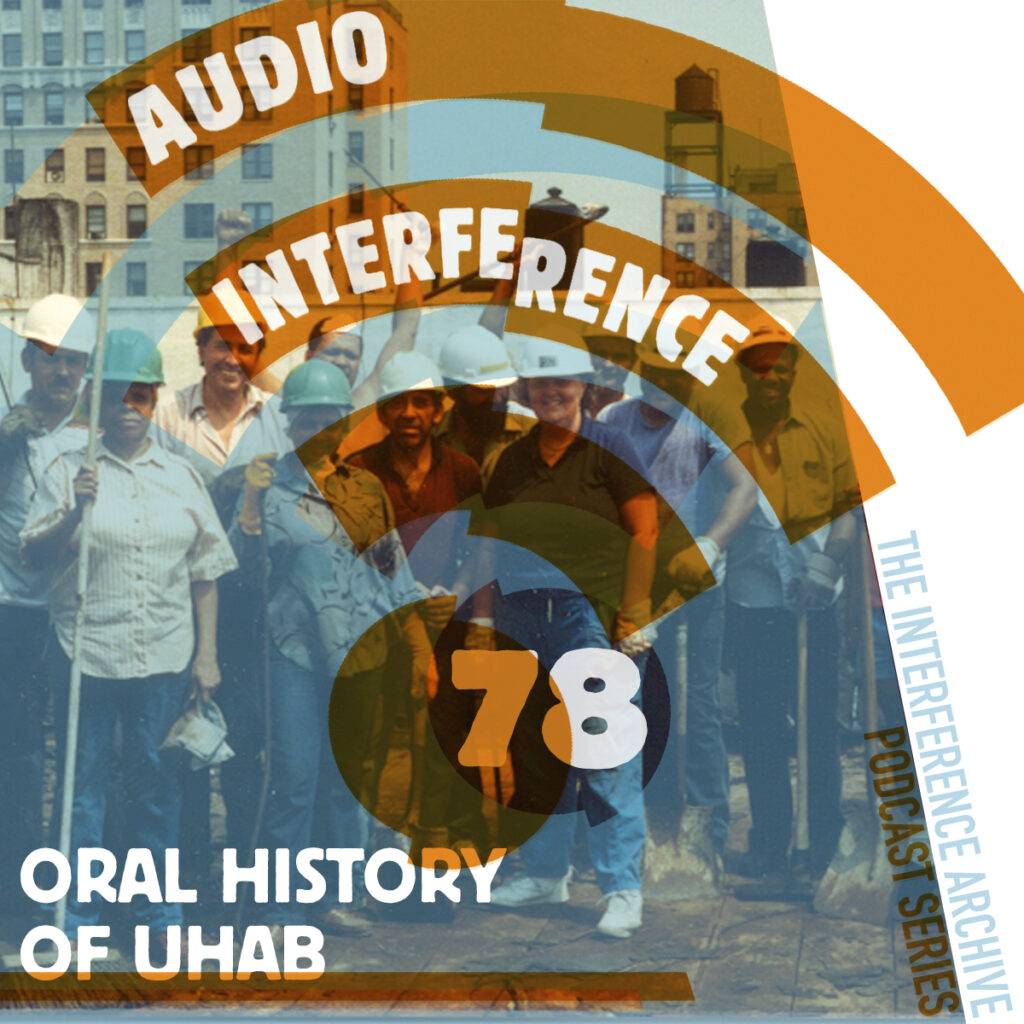 For more information about UHAB. For more information about Interference Archive’s exhibition in collaboration with UHAB, “Building for Us: Stories of Homesteading and Cooperative Housing." For previous Audio Interference episodes on similar topics, check out: Episode 74, “We the People Won’t Go” Episode 47 “Lower East Side Community Gardens” Episode 31 “Squatting on the Lower East Side” Episode 23 “Brooklyn Housing Struggle” (https://interferencearchive.org/audio-interference-23-brooklyn-housing-struggle/).