On February 9, 2018, Interference Archive presented a talk by Silvia Federici, co-founder of the Wages for Housework movement, on the publication of her new book, The New York Wages for Housework Committee, 1972-1977. Throughout the 1970s, the Wages for Housework movement developed an analysis of women’s reproductive labor— “housework” broadly conceived— as a primary site for mobilization. The movement, publication, and Federici’s talk ask us: How do we understand and value our own reproductive labor? How can we organize around this work in a way that is transformative both of our own lives and builds a collective opposition to a global capitalist system?

You can find more information about Silvia’s new book here.
For more about Silvia Federici, check out Audio Interference Episode 22, in which Silvia talks not only about Wages for Housework, but also about her collection of anarchist and communist 45s from the 1960s.
You might also be interested in a few more events coming up at Interference Archive:  Chicago-based feminist art collective Sister Serpents, or the 2018 Art + Feminism Wikipedia Edit-a-Thon.

The song you hear at the end of this episode is “Avete mai guardato” by Amalia Goffredo.
Produced by Interference Archive. 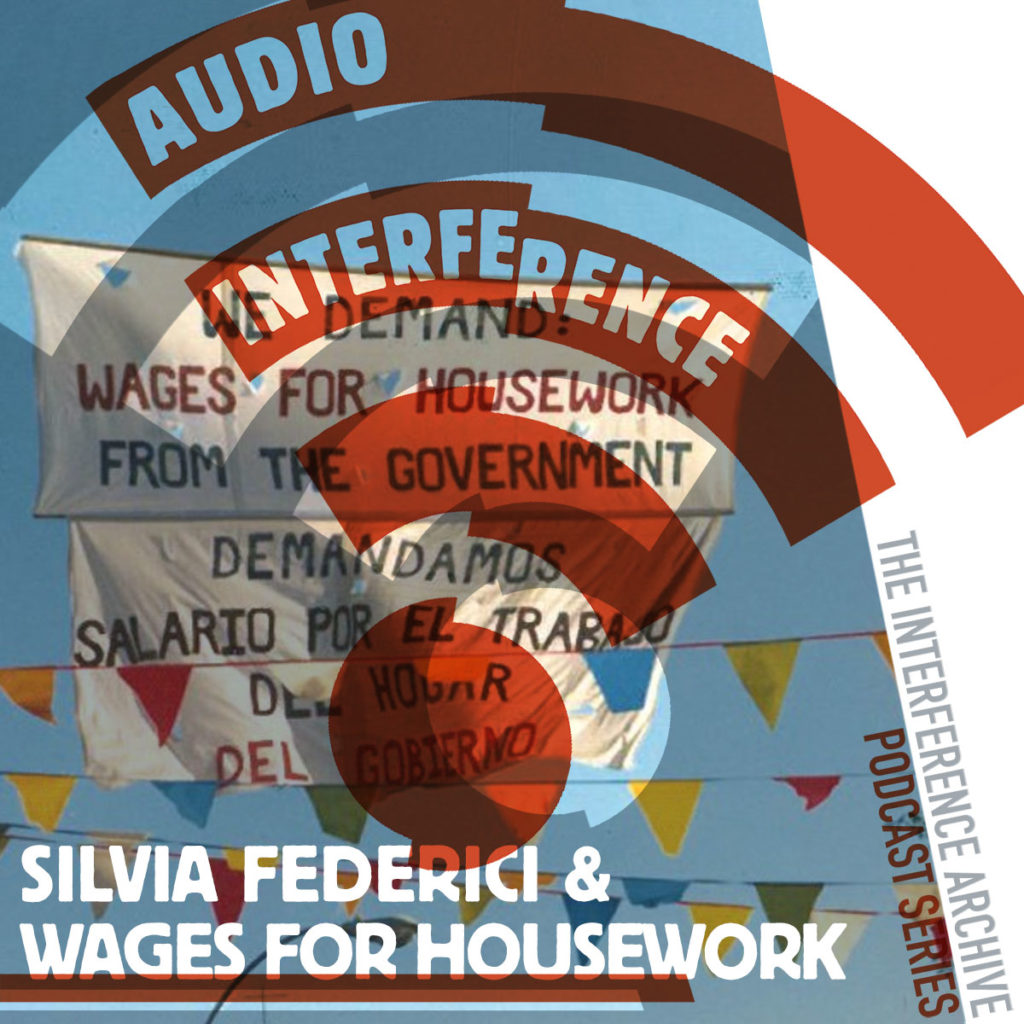