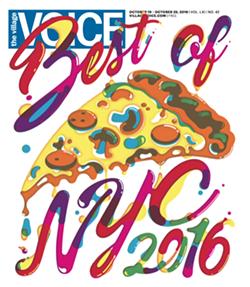 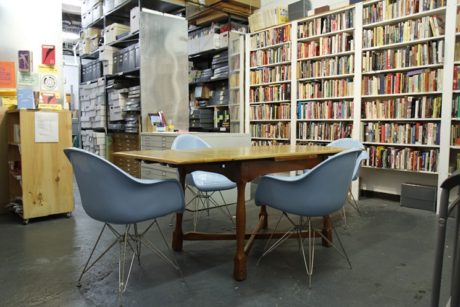 Interference Archive
BEST PLACE TO LEARN ABOUT THE REVOLUTION
The average Gowanus party doesn’t come with a sign proclaiming “an end to segregation because of political beliefs,” but Interference Archive isn’t in the business of throwing average parties. Instead, a silver-bearded man is likely to hand you a beer and invite you to join him for a stirring round of Protest Karaoke. Part library, part archive, part event space, part learning center, Interference Archive is dedicated to educating the public about social movements through the preservation and promotion of cultural ephemera: Its library is a cramped room full of poetry and comic books, while its archival material ranges from protest pins to sheet music. Young and old converge on the archive for its whimsical programming efforts, with such events as “Propaganda Parties,” where activists and artists connect over drink and dance to distribute politically motivated art and spread awareness of their chosen causes. The volunteer-run organization is open to the public four days a week and owes its continued operation to donations from supportive members. Alana Mohamed
Originally published at http://www.villagevoice.com/best-of/2016/civic-life/best-place-to-learn-about-the-revolution-9237710