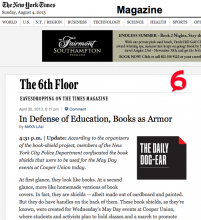 “In Defense of Education, Books as Armor”
By Maya Lau

4:31 p.m. | Update: According to the organizers of the book-shield project, members of the New York City Police Department confiscated the book shields that were to be used for the May Day events at Cooper Union today.

At first glance, they look like books. At a second glance, more like homemade versions of book covers. In fact, they are shields — albeit made out of cardboard and painted. But they do have handles on the back of them. These book shields, as they’re known, were created for Wednesday’s May Day events at Cooper Union, where students and activists plan to hold classes and a march to promote increased access to higher education. Conor Tomás Reed, an organizer of the book-shield project and a student at the CUNY Graduate Center, told me that while book shields represent a symbolic merger of art and politics — “We’re showing that our ideas and politics protect us” — they also offer very real protection during any possible clashes with the police. 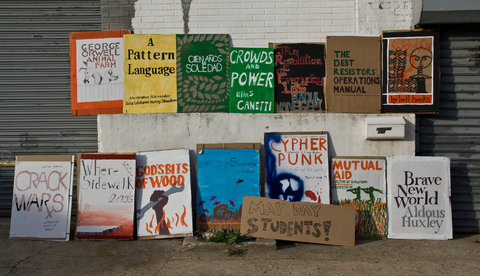 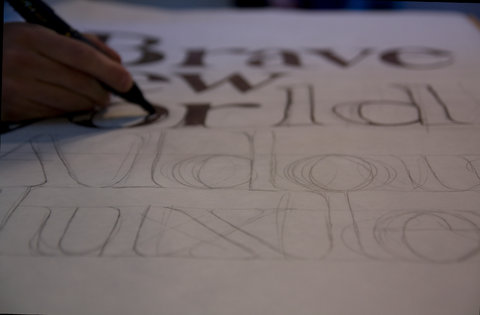 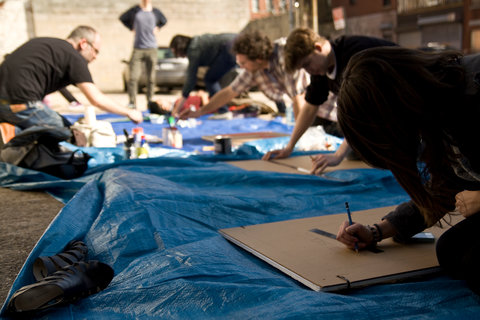