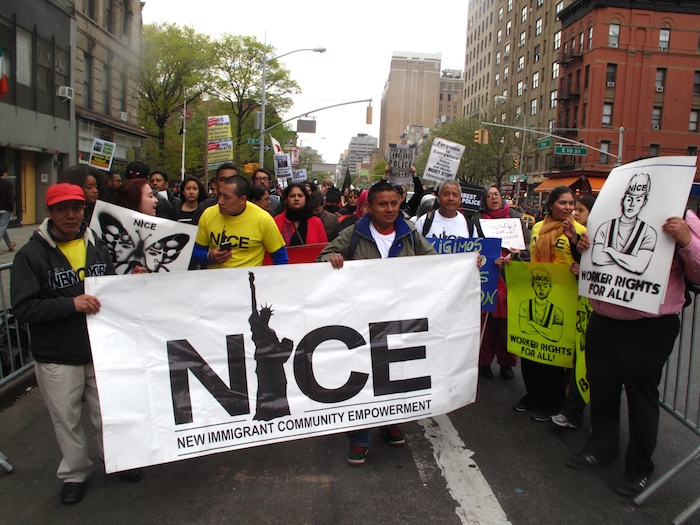 A New Exhibition Pushes Artists to Return to Social Activism 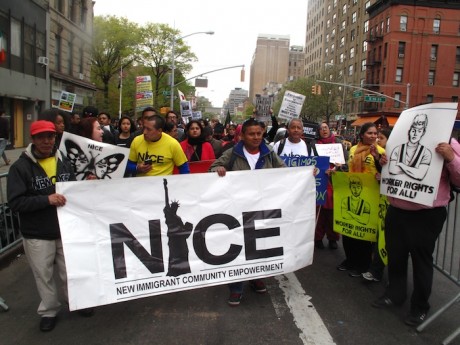 Sol Aramendi, May Day 2015 with NICE day laborers, 2015. Images courtesy of BRIC Arts
Today’s artists are increasingly bucking the hyper-commercial tendency to make opaque art that performs well in the market, opting instead to ask themselves how their visual languages can be used to illustrate society’s problems. The movement shows how art, before the more recent deep commercialization of the artist voice, played an irreversible role in portraying society’s uncomfortable truths. In the forthcoming exhibition, Whisper or Shout: Artists in the Social Sphere at BRIC Arts, nine artists, including Sol Aramendi, Matt Black, Taeyoon Choi, Alicia Grullon, Brendan Fernandes, Interference Archive, Kameelah Janan Rasheed, Shaun Leonardo, and Kenneth Pietrobono, will engage with social and political issues to revive a worn tradition. 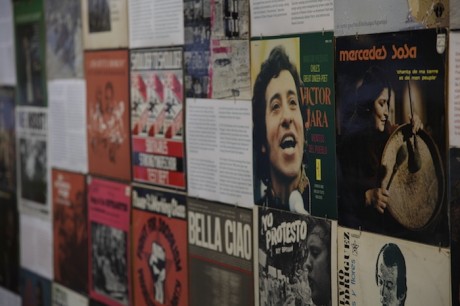 Interference Archive, if a song could be freedom…Sounds of Resistance and Repression. 52 LP sleeves, 7” EP records, and listening station. Organized by Chris Bravo, Kevin Caplicki, Josh MacPhee, Amy Roberts, Valerie Tevere, Ryan Wong, and Interference Archive volunteers.
“This show came about because I continued to see around me a lot of work that was incredibly powerful in its message toward social change,” explains Elizabeth Ferrer, the exhibition curator, to The Creators Project. “I also was increasingly seeing artworks that were not only the representation of issues but actual new forms were artists sought to work with communities to really affect change.” Ferrer adds, “BRIC is very focused on Brooklyn based artists and a lot of this work is being created in our community by these artists so I thought that it was important to work with these artists to create this exhibition.” 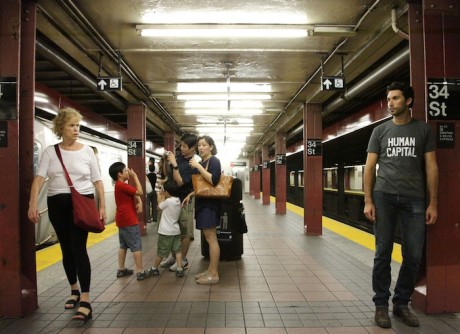 Kenneth Pietrobono, Untitled (Human Capital), 2012. From the Terms and Conditions series. Digital print 12 x 18 in.
The themes that emerge in the works are varied and represent major important national issues including police violence, homelessness, poverty, and workers and women’s rights. The artists use traditional mediums like performance and photography to highlight these themes, but also employ silence and mobile apps to communicate the political in their work. The curator notes, “I was interested in bringing all of this to the table because social protest and having a message you want to convey always began with communication.” 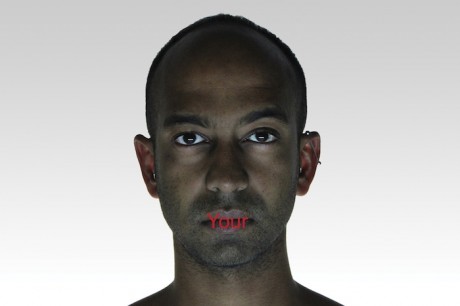 Brendan Fernandes, Devil’s Noise, 2011, Single-channel HD video, 2:09
“Brendan Fernandes work is represented both in video and large scale posters,” says Ferrer. “The video has to do with a student protest in South Africa against the Afrikaans language. The government there had imposed the African language as the official language in the schools which meant that a lot of indigenous people could no longer participate in the education process and so there was a large protest and there was a poster that one child carried that said, ‘We will not speak your devil’s tongue.’” She explains, “In response the artist has created a video called, Devil’s Noise that’s basically silence.” 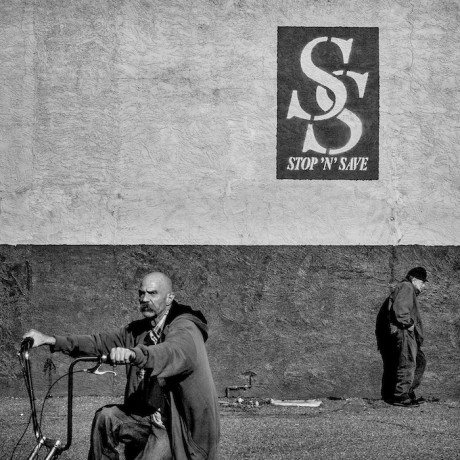 Matt Black, Corner store. Modesto, CA, 2014. Archival pigment print on Museo silver rag paper 24 x 24 in.
The exhibition also includes works by photographer Matt Black, who uses a traditional form of black-and-white photography to document places that, according to United States’ census data, have the highest percentages of poverty. Black disseminates his work primarily through Instagram.
Throughout the duration of the exhibition, artist Shaun Leonardo will use performance. In Eulogy, he uses Ralph Ellison’s Invisible Man as a starting point to eventually remember the unarmed black men who have been killed by police officers in the United States. Alicia Grullon will also use performance to reenact former Texas state senator Wendy Davis’ 11-hour filibuster to protect abortion rights in 2013. 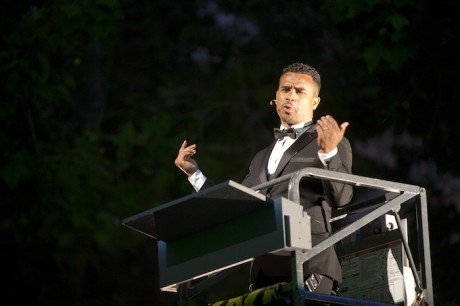 Shaun Leonardo, The Eulogy, 2016, Performance at BRIC House on March 23.
“I really want the show to engage people so that they want to take part in the change,” explains Ferrer. “I think that this art is powerful enough that it’s going to force people to not only change their perspective on things but also want to take part.”
“I want people to understand the issues that the artists are bringing to the table are relevant to everybody,” she adds. “In hearing Shaun Leonardo’s eulogy I want people to get angry as they come to understand the effects of police violence in our communities.”