The Underground Press Surfaces at Interference! 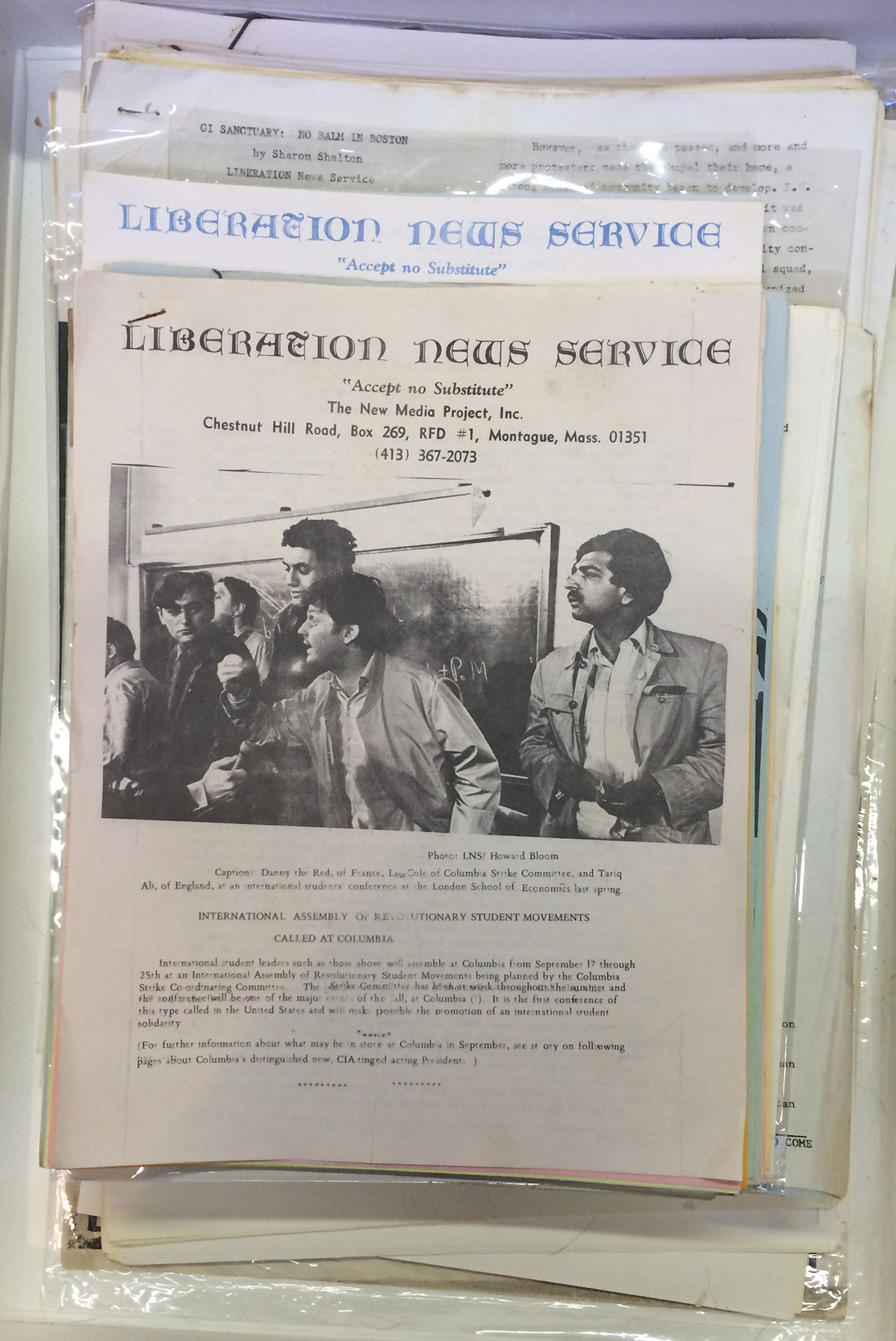 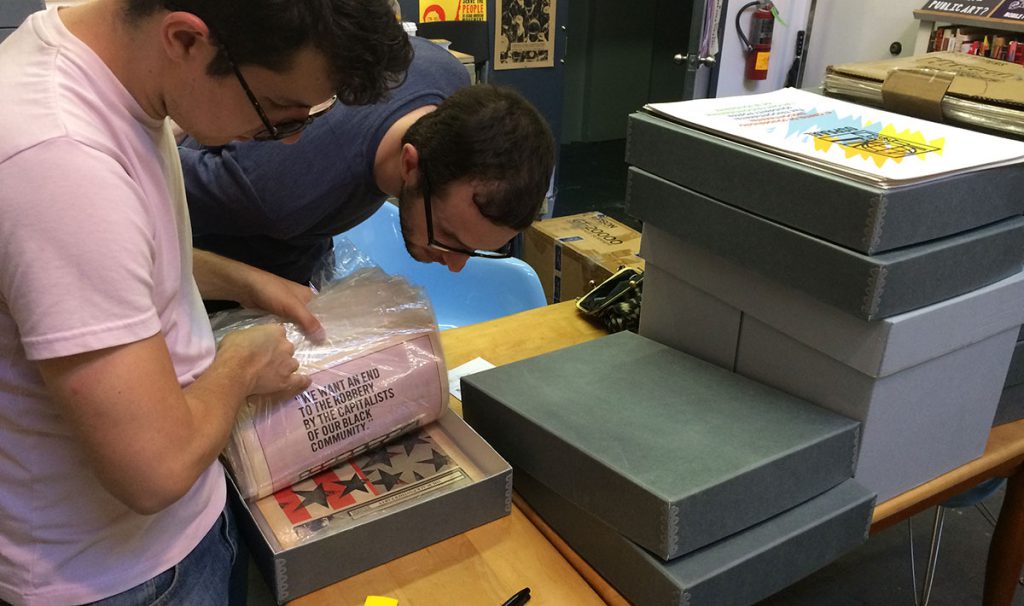 We have very exciting news to share: this Sunday, we went over to Sean Stewart’s apartment in Brooklyn and picked up his “Babylon Falling Collection” of underground press and related ephemera. We’re talking twenty-three flat archive boxes, seven binders, one large banker’s box, and two giant plastic tubs filled with extensive holdings of underground newspapers (The East Village Other, Berkeley Barb, Rat Subterranean News, The Black Panther, The Realist, The Guardian, and many, many more), underground comix (including issues of It Ain’t Me Babe, Wimmin’s Comix, Zap, and The Fabulous Furry Freak Brothers), and counter-cultural magazines (including one of the most complete collections of Ramparts magazine we’ve ever seen). 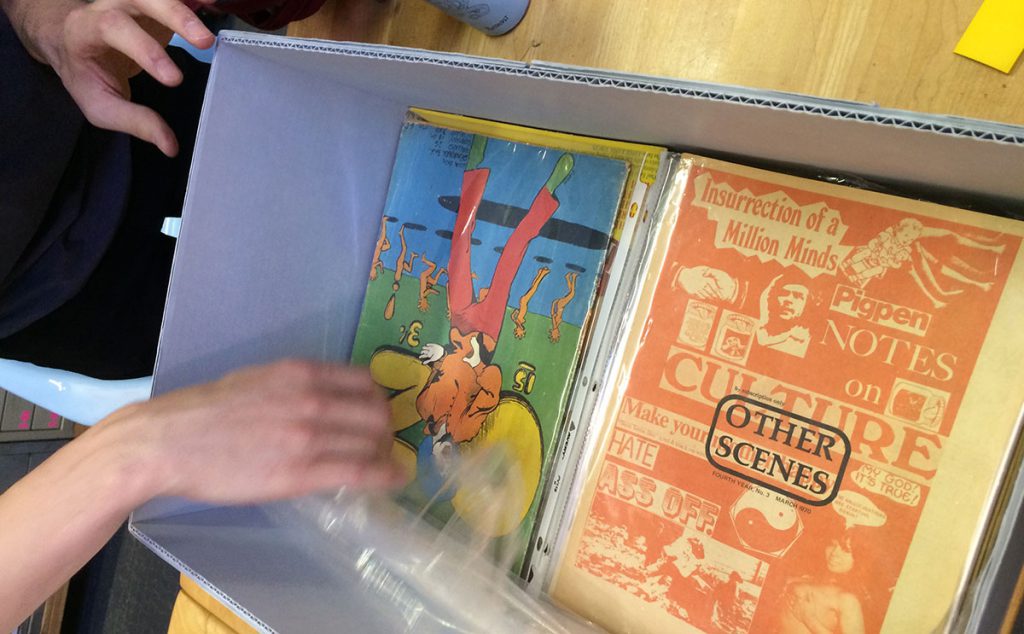 One of the most exciting elements of Stewart’s donation is the three boxes of Liberation News Service packets. Liberation News Service was the New Left’s own Associated Press—a subscription news service that sent packets of current stories and photographs to hundreds of underground newspapers around the country. Stewart’s donation includes news packets and some photographs from 1967 to the early 1970s. 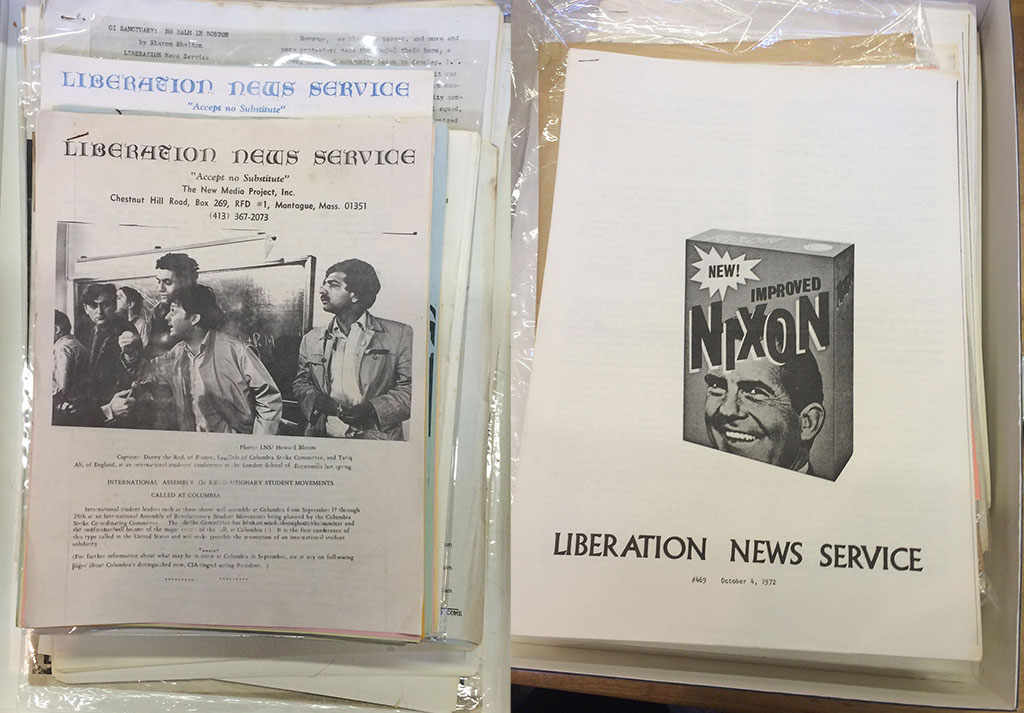 Stewart is the editor of On the Ground: An Illustrated Anecdotal History of the Sixties Underground Press in the U.S., and was the curator of the 2013 exhibition Rebel Newsprint: The Underground Press at Interference Archive. He posts scanned images from his collections on the tumblr blog Babylon Falling. Check out this interview with Stewart on Full Stop.
We have already glimpsed at some gems in the collection; we look forward to sharing more very soon. We are already brainstorming ways for people to be involved in the processing this big, exciting, and important donation so that it is available to community members, activists, and researchers! Stay tuned!
[post written by Michele Hardesty]

Next Post: Volunteering at Interference Archive: the evening shift >