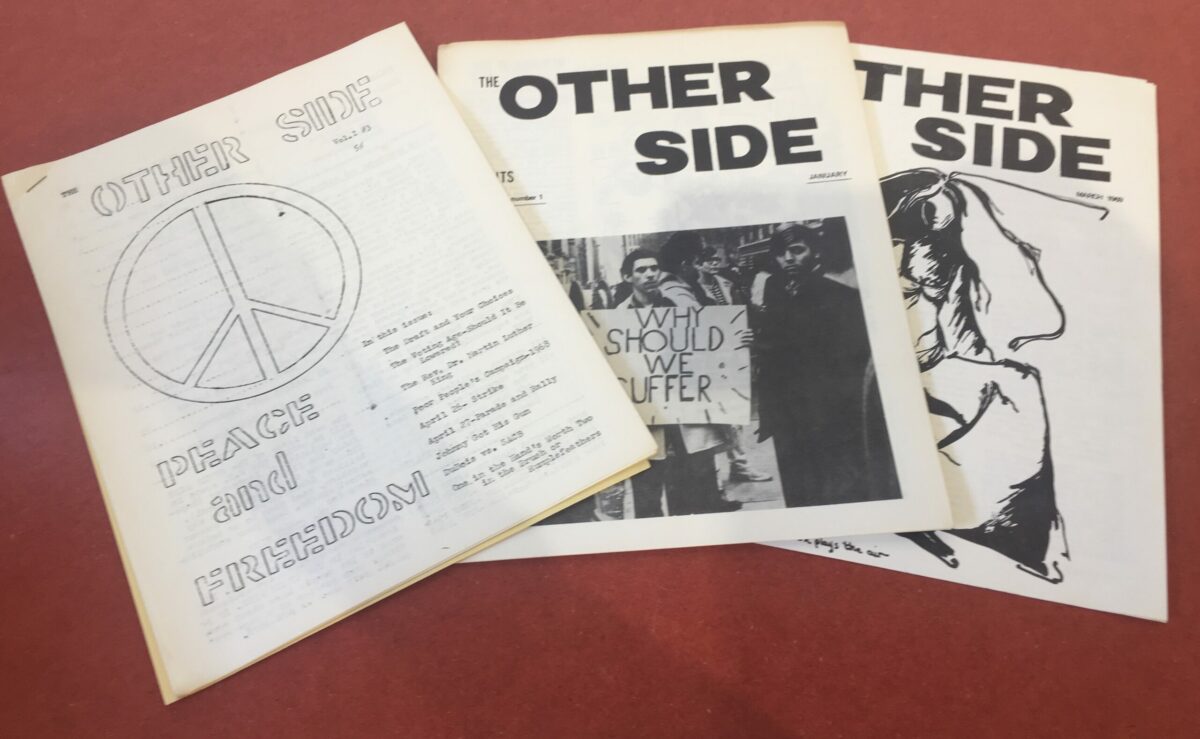 In 2020, we launched an exhibition reflecting on over five decades of student activism, Walkout: a brief history of student organizing.

We’ve recently received a donation of material that paints an even clearer picture of high school student involvement in that movement, and we thought we’d share an update here.

New York’s High School Student Union played an important role in bringing together students from different schools across the city, largely around the Vietnam War. Their inaugural flyer also details fights for the right for female students to wear pants in public high schools, and for the right to student government.

High school students also produced their own regular publications, to share ideas, opinions, artwork, and organizing strategies. We were thrilled to include an issue of Rip Off from Taft High School in the Walkout exhibit, and we now have copies of Naissance and The Other Side, produced by students at various schools across the city.

Next Post: Examining the Archive: a class lecture on activist posters >