What song has been politically influential to you? -Gee Vaucher 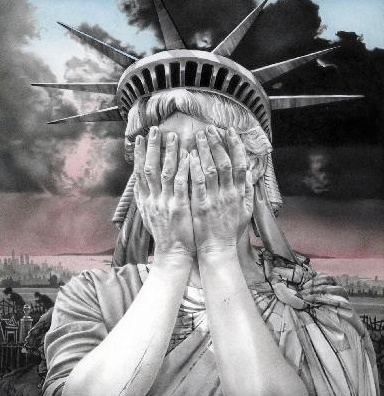 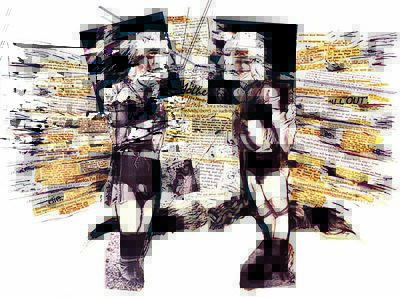 As we wrap up the if a song could be freedom…Organized Sounds of Resistance exhibition this weekend I wanted to share another response to our prompt “What song has been politically influential to you?” This final response was sent to us by Gee Vaucher, an artist that has been very influential to me. Gee is a visual artist, formerly of the band Crass, sent this response:

Entering the house was like entering and wandering around the Marie Celeste, the people were still there but not there. Evidence of everyday life lay around each room depicting an Edwardian age even though it was 1963.
Arriving at such a place with a group of art school friends could only mean adventure, discovery and fun, so, without stopping for tea, I set off to find out where I was in this huge evacuated house.
I didn’t get very far before finding in the corner of the living room, a wind-up record player, trumpet and all. In the scrappy cupboard below I found an old 78rpm record, the only one, but with a lump broken from the edge. Unperturbed and curious, I thought I’d wind up the player, drop the needle just beyond the break and listen to ‘Song to a Wild Rose’ by Edward MacDowell.
Sitting by the window which looked out over the beautiful high wooded landscape of Woody Bay in Cornwall, the music crackled and drifted into every dusty corner, then finding a new part of my brain. I must have played that bit of record over twenty times until it had lodged in my head and driven everyone else outside. I loved it, for me it was an introduction to a new musical language. On returning home I continued to travel that path, listening to the fantastic and varied sound of classical musical expression.

Check out the following link to hear this beautiful piece.

if a song could be freedom…Organized Sounds of Resistance will close tomorrow Sunday September 6th. Thank you to everyone that came out to the exhibition and participated in our programming.

Next Post: What song has been politically influential to you? -Penny Rimbaud >