Finally Got The News book 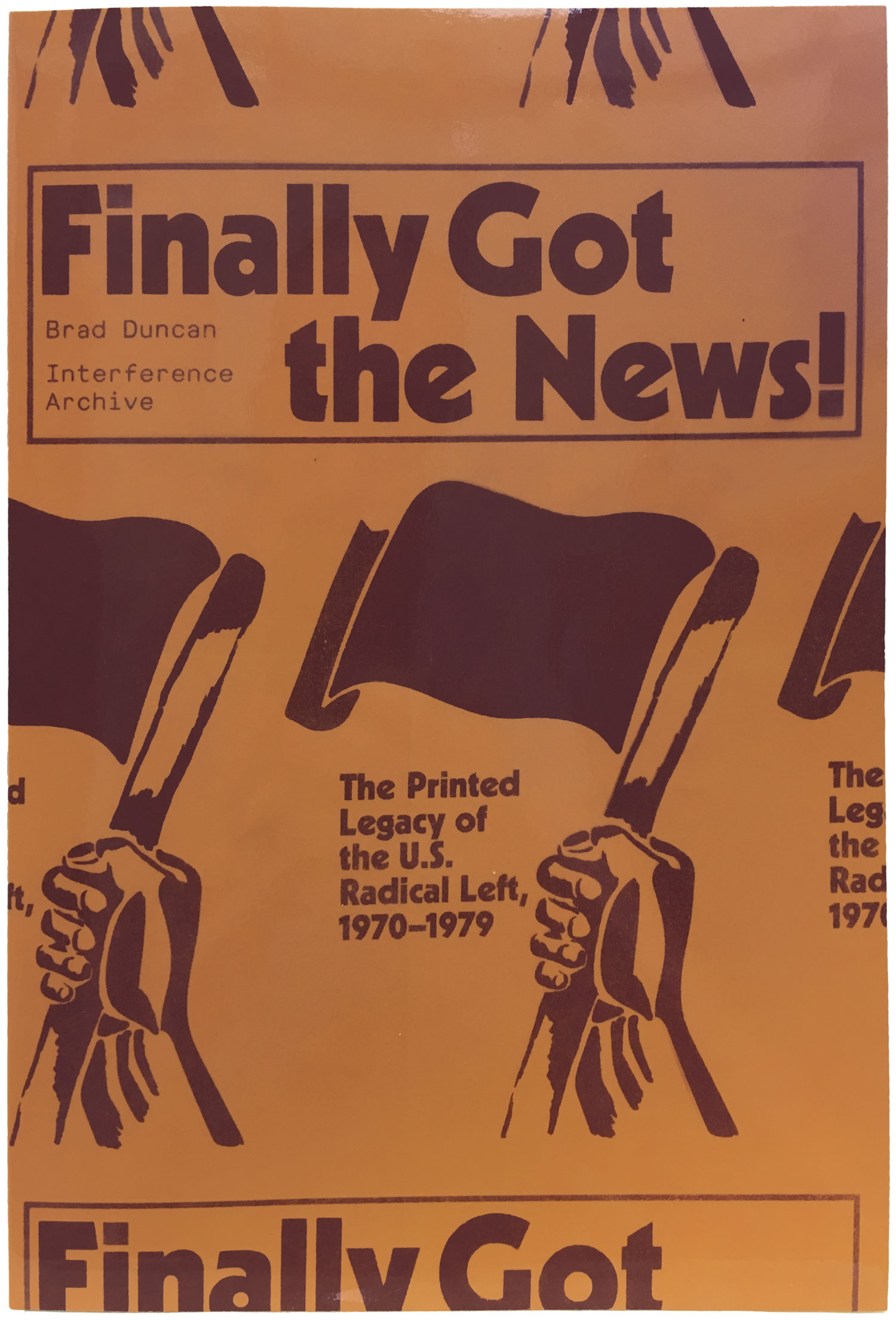 For the exhibition Finally Got The News: The Printed Legacy of the U.S. Radical Left, 1970–1979, we produced our most ambitious publication yet!  This book provides 256 full-color pages of over 200 full-color reproductions accompanied by text, accompanied by essays from movement participants.

About the Book:
Finally Got the News uncovers the hidden legacy of the radical Left of the 1970s, a decade when vibrant social movements challenged racism, imperialism, patriarchy and capitalism itself. It combines written contributions from movement participants with original printed materials—from pamphlets to posters, flyers to newspapers—to tell this politically rich and little-known story.
The dawn of the 1970s saw an absolute explosion of interest in revolutionary ideas and activism. Young people radicalized by the antiwar movement became anti-imperialists, veterans of the Civil Rights and Black Power movements increasingly identified with communism and Pan-Africanism, and women were organizing for autonomy and liberation. While these movements may have different roots, there was also an incredible overlapping and intermingling of activists and ideologies.
These diverse movements used printed materials as organizing tools in every political activity, creating a sprawling and remarkable array of printing styles, techniques, and formats. Through the lens of printed materials we can see the real nuts and bolts of revolutionary organizing in an era when thousands of young revolutionaries were attempting to put their beliefs into practice in workplaces and neighborhoods across the U.S.