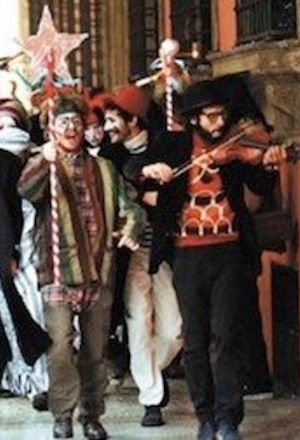 As part of the exhibition …if a song could be freedom, we will be screening Working Slowly (Radio Alice), a film about Radio Alice, an Italian pirate radio station. Revisiting the Italy of the radical 1970s and its obsessions with class struggle, creative anarchy, and macrame ponchos, Radio Alice provides a fascinating glimpse of a time of protest. In a working-class district on the outskirts of Bologna, Sgualo and Pelo hang out at the local cafe, allergic to gainful employment. They don’t mind the occasional shady job for local hood Marangon, but they’re convinced there’s little future whichever way they turn.
dir. Guido Chiesa (2004)