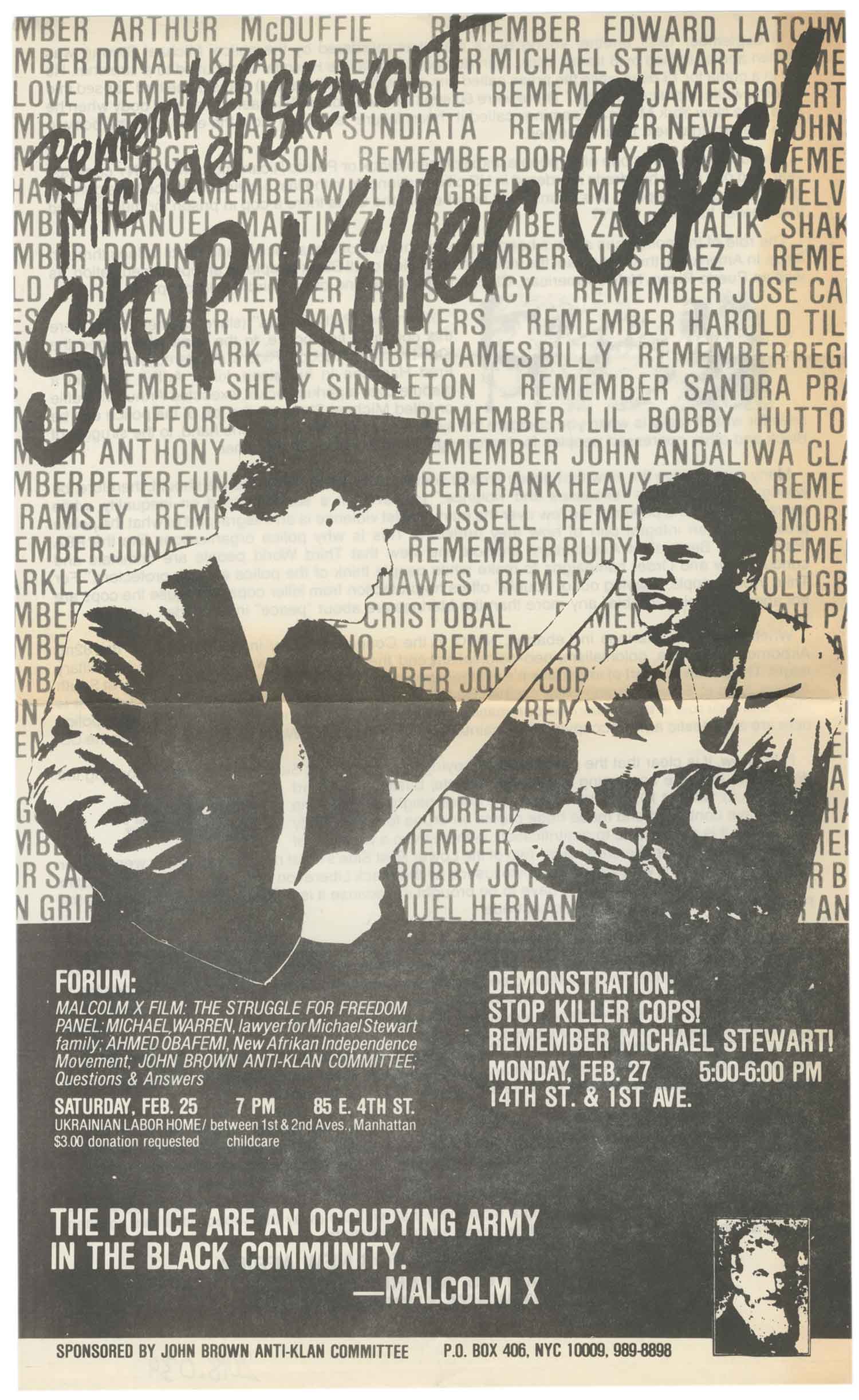 Defend / Defund looks at resistance to policing and police brutality in the 20th and 21st centuries in the United States. This exhibition focuses on the work of Black organizers and the families of victims of police violence who have fought the often brutal occupation of their communities. It also looks at allies and co-conspirators in the movement including Indigenous, Asian American, Latinx, and queer organizers. The show highlights a diversity of tactics: the use of armed self-defense patrols by Robert F William’s armed branch of the NAACP and the Black Panther Party, methods for documenting police abuse and memorializing victims including CopWatch and the Stolen Lives Project, and media projects that have critically responded to police propaganda in the mainstream press. We invite viewers to also consider the legacy of abolitionist practice and tactics from queer and Black feminist organizers like Critical Resistance, INCITE!, and Survived & Punished that have pushed for bail reform, decriminalization for drug users and sex workers, and have developed non-carceral responses to violence in their communities. This fight continues today and impacts the lives of millions; the modern Defund movement, rooted in abolitionist practice, seeks to protect vulnerable communities from police violence, divest in the carceral system, and invest in true public safety and well-being. We hope you will explore the history of the struggle against police violence and add to the narrative on how carceral systems shape our lives today.

“After Anthony was killed, they retrained police. After Eric Garner was killed they retrained police. We don’t want to hear about any more trainings—trainings don’t hold police accountable, trainings don’t lead to firings, trainings only give the police more money. The Mayor and NYPD’s process is fake and will make no change. The only way to make change is to have other people—not the NYPD and not de Blasio—have control of the process and families like mine need to help lead that.”

Iris Baez, the mother of Anthony Baez, killed by an officer with an illegal chokehold in 1994, in her 2021 testimony to City Council about police reform.

This exhibition contains archival evidence of violence; please care for yourself when visiting and interacting with the exhibition material.

This project was organized and researched by Brooke Darrah Shuman, Jen Hoyer, and Josh MacPhee, with research help from Shiva Addanki, Maggie Schriener, and Greg Mihalko. This project draws on the collection of Interference Archive and, as such, is not comprehensive; we hope it will inspire you to ask questions, look for other materials, and explore this history in your own communities.

Interference Archive is grateful to the incredible support of its volunteers and its donor community, who invest their time and money in believing that another archive is possible.

Join Interference Archive and Black and Pink for a reading and discussion event on carceral justice and holiday card writing session on December 18th from 4-7pm. This is the first event of a reading series we’ve organized in conjunction with our current Defund / Defend exhibition about the history of activism against police brutality.  We’ll […] 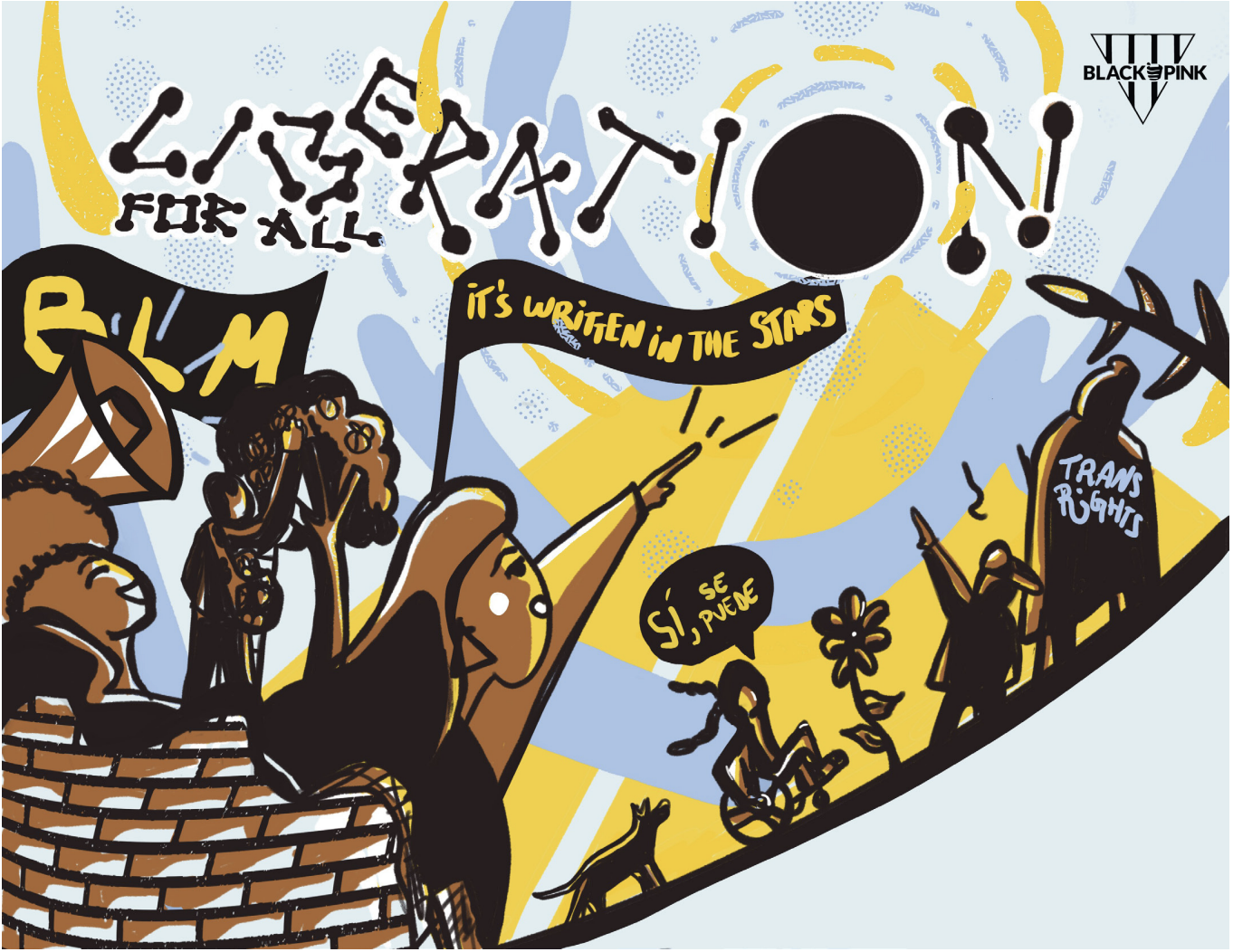