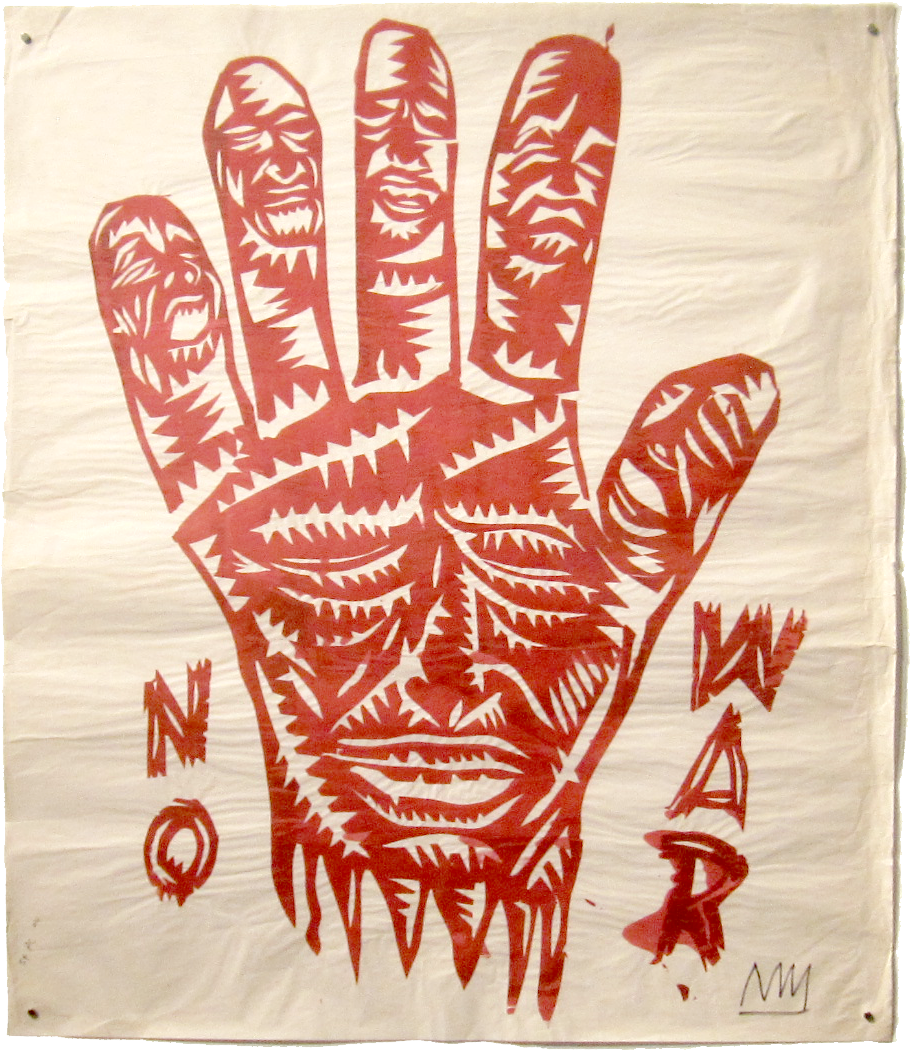 Traveling Exhibition at Future Tenant, Pittsburgh
December 7, 2012 – January 6, 2013
Presented at Future Tenant (downtown Pittsburgh), Guns vs. Butter is a new exhibition of antiwar graphics that brings together the contemporary print work of the Justseeds Artists’ Cooperative alongside posters from the historical collection housed in the Interference Archive. The exhibit contextualizes the work of current socially motivated graphics alongside a history of posters as an integral element of popular grassroots movements against war, colonialism, and military occupation. Highlighted is the 2011 portfolio project War Is Trauma, a collaboration between Justseeds, Iraq Veterans Against the War (IVAW), and the Booklyn Artists’ Alliance.