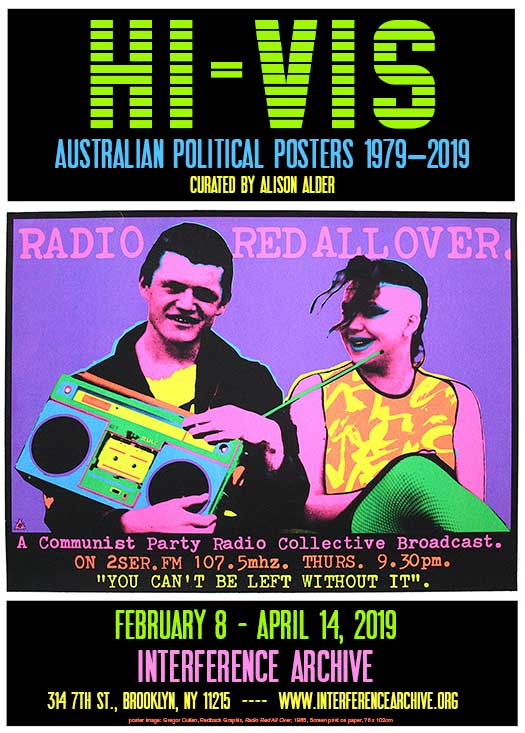 
From the collection of Alison Alder
HI-VIS: AUSTRALIAN POSTERS 1979–2019 is an exhibition of screen-printed posters that provide a visual commentary of politics and life in Australia over the last four decades. Renowned for their high visibility, particularly in the 1980s with their saturated fluorescent colors, these posters describe the times and events that have engaged socially active artists throughout recent periods of major change.
Many of the topics addressed in these posters remain relevant today including Indigenous rights, gender politics, unemployment, and the environment. Contemporary Australian artists are reinvigorating the screen printed poster as a form of protest and information sharing by pasting the work onto the wall and value adding to its potency by posting on social media.
These wonderful posters, with their ability to encapsulate ideas into a single image, continue to provoke debate, galvanize ideas into action, and invigorate those working toward an equitable and just society. 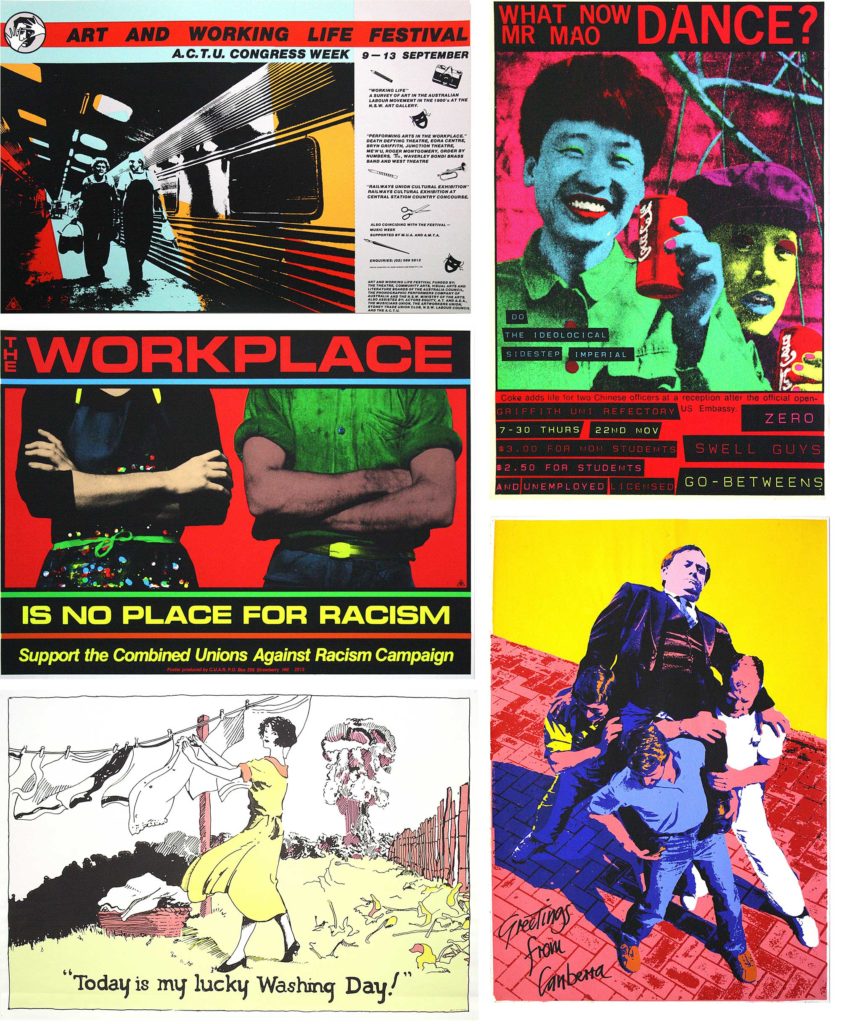 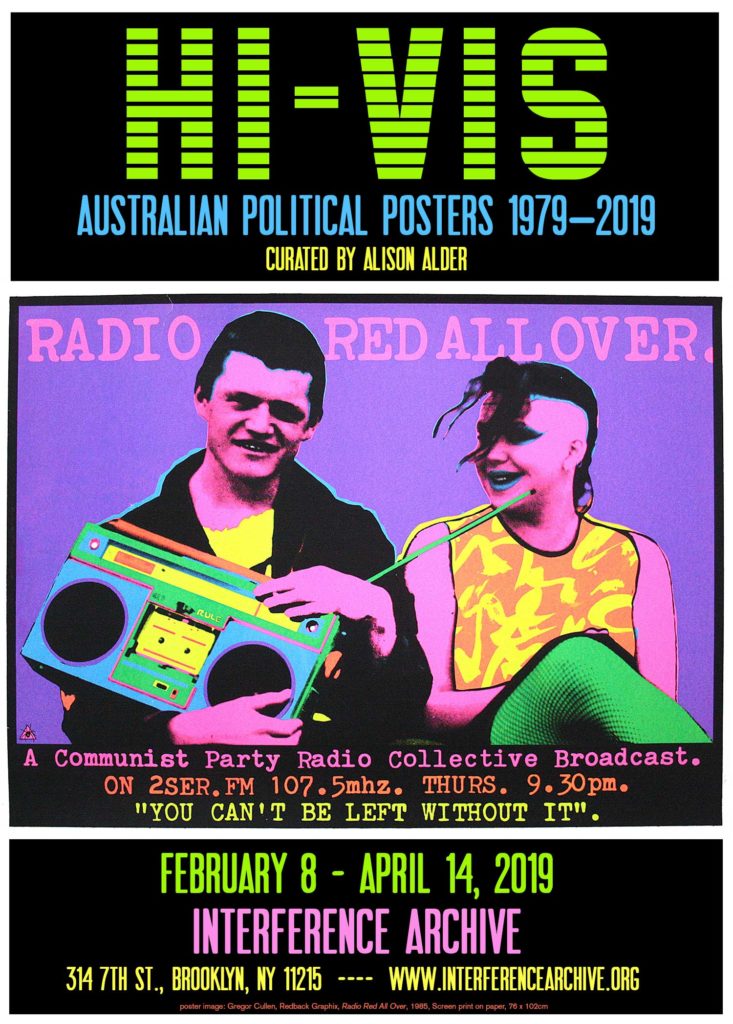