“Areas that are now very affluent in London like Notting Hill or Camden Town, these would have been full of squatted places. Literally streets, like whole blocks of terraced housing that were squatted. From the 1960-70s onward there’s lots of people that ended up in possession of properties having initially squatted there.”

Dissident Island is an anarchist radio show broadcasting on the first and third Friday of every month from the London Action Resource Centre. Since 2007, Dissident Island has covered anarchist life in London, including the rise and fall of squatted social centers, and the Dissident Island archives offer a picture of the way squatters have changed the city, and the ways in which they’ve been affected by new laws and policing. Dissident Island also presents benefit shows in squatted venues, produces a zine, and offers radio workshops. This episode includes excerpts from an interview with Patrick Evans, one of the creators of Dissident Island, as well as clips from the show.

Music: “Cataclysm” by the Flying Luttenbachers, “Hundred Years in Helheim” by Tri-Tachyon, and “The Pharaos Theme” by The Pharaos, all from the Free Music Archive.

Squatted Social Centres in London, 2007-2017, with Dissident Island Radio.
This episode was created by Patrick for the recent Interference Archive exhibition, Resistance Radio: The People’s Airwaves.

For more on the history of squatting in London, you can listen to Episode 20 of Audio Interference.

Raven’s Ait: “Squatters in the Stream,” on BBC News and “Green-living Squatters: Revolution in Surbiton,” in the Independent.

This blog post on urban75.org has a description of the Made Possible by Squatting exhibition and lots of pictures. 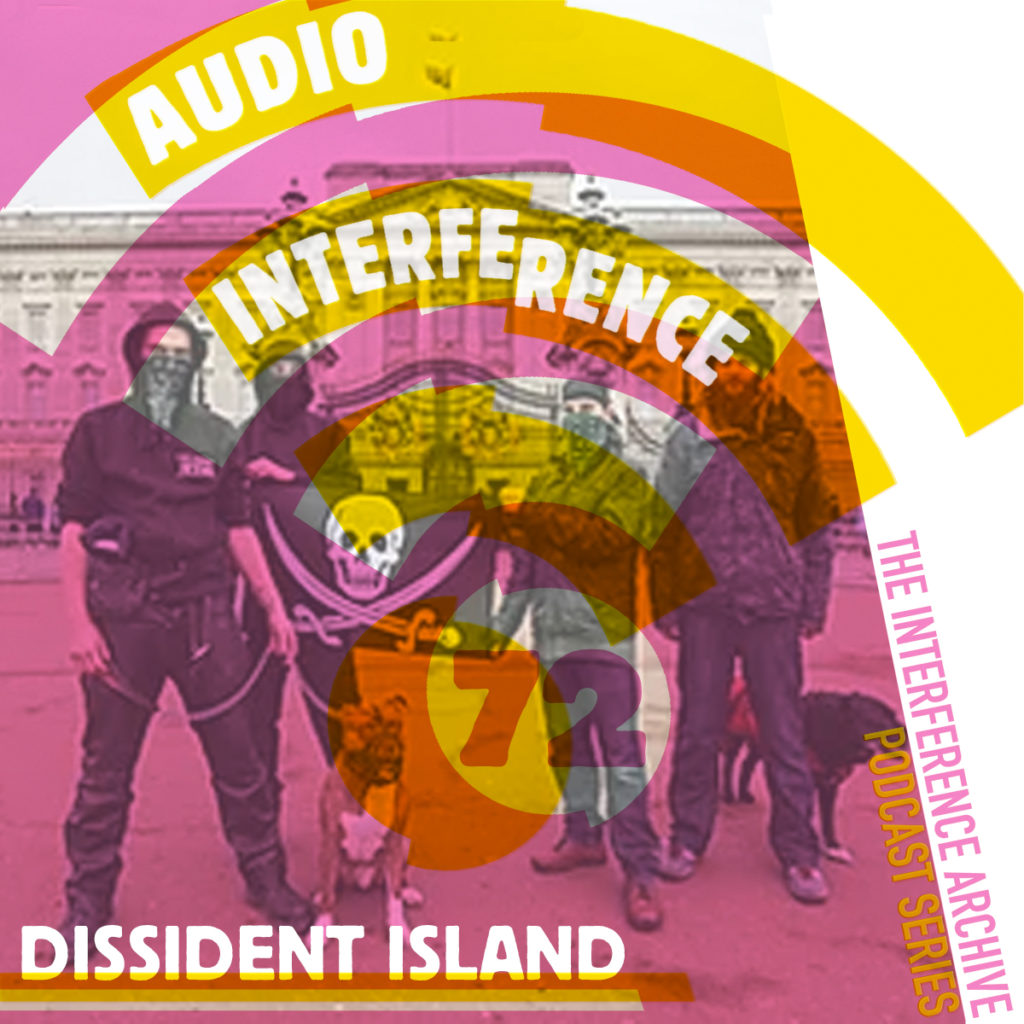