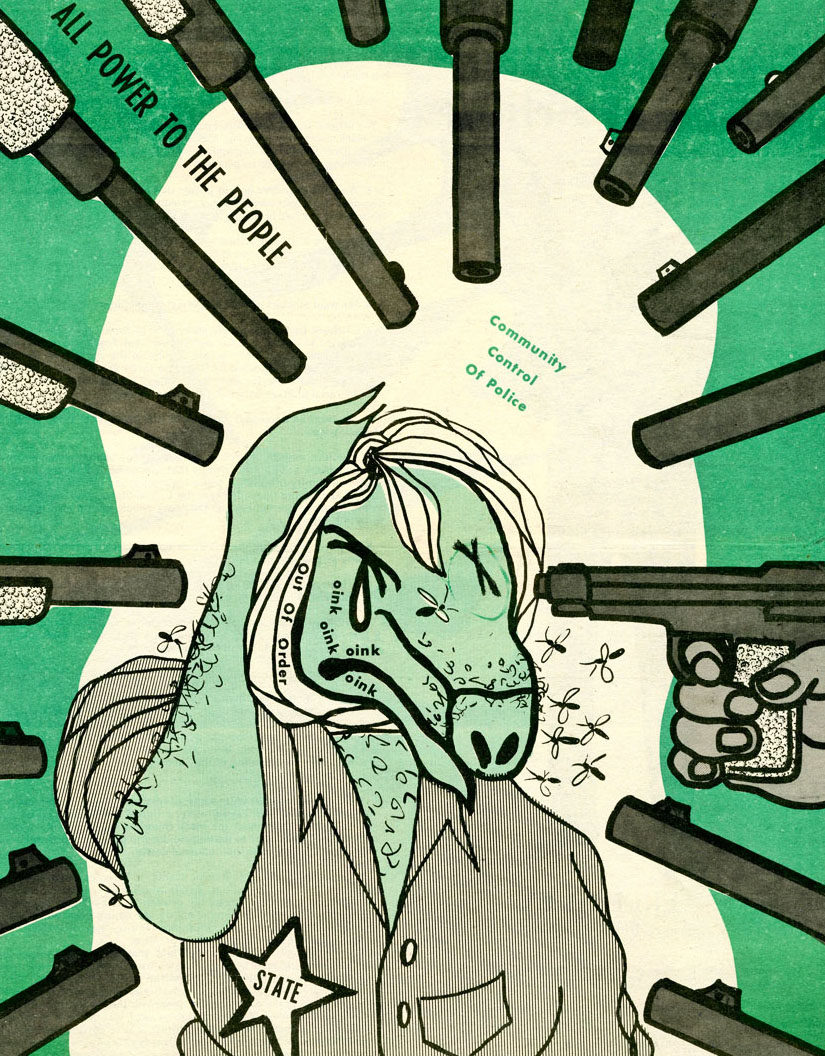 For my money, the underground press provides the best window into the youth rebellion of the 1960s.
Opening Thursday, February 21 at Interference Archive, the exhibition Rebel Newsprint: The Underground Press features a wide range of over a hundred underground newspapers from my collection, and will include a handful of papers for people to flip through (no white gloves required); a full paste-up issue that perfectly illustrates the incredible amount of work that went into creating each issue; and a couple pieces of original art. I’ll also be giving away twenty-four copies of my book On the Ground: An Illustrated Anecdotal History of the Sixties’ Underground Press in the U.S. (PM Press, 2011).
Here are ten covers from the show that I’ve specially selected to share because of their convenient location at the top of the install pile.
*  *  *
Cover no. 1
Berkeley Barb, vol. 1, no. 1 (1965)
Berkeley bar owner Max Scheer launches an early salvo from the fringes.

Cover no. 3
East Village Other, June 3, 1967
A more innocent time. This special issue of the East Village Other (EVO) was dedicated exclusively to the unprovoked police breakup of Memorial Day activities in Tompkins Square Park on the Lower East Side of New York City. Cover photo by Phil Stiles.

Cover no. 7
Liberation News Service, no. 469 (1972)
From a basement at 160 Claremont Avenue in Morningside Heights, New York City, the Liberation News Service (LNS) crew cranked out twice-weekly packets of original copy and graphics for hundreds of subscriber papers. At various points in time and from various coordinates, LNS has been both praised as the glue of the underground press and cursed as a soul-sucking, homogenizing force that led to the downfall of a once-vibrant scene. Either way, fuck Nixon.

Cover no. 9
The Collected Trashman, vol. 1, no. 1 (1969)
EVO alum Manuel “Spain” Rodriguez followed the comix revolution west to San Francisco in 1969. This collection of his Trashman strips was published by the Red Mountain Tribe — a group of Barb staffers who quit in protest to start their own, more radical, paper (Berkeley Tribe) that same year.