Interference Archive in the news: a roundup of press coverage in 2015 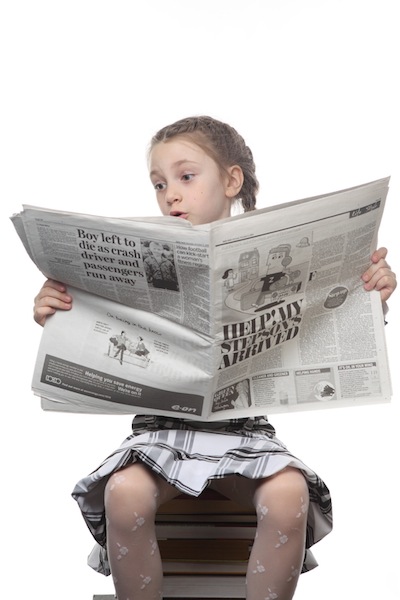 A big part of our mission at Interference Archive is to start conversations about social movement culture and the histories we collect. Over the past year, we’ve seen some of those conversations happen in the press. It’s great to see discussion of our work expand beyond our physical space, and into a medium where other people who haven’t yet visited the archive will have the chance to learn about what we do.
Here’s a roundup of conversations about Interference Archive happening in the press over 2015:
Our exhibitions have received a lot of attention this year. Hyperallergic has talked about several of our exhibitions, including Documents from the Greenham Common Women’s Peace Camp, …if a song could be freedom, and Just Cause : Bad Faith. …if a song could be freedom was also featured on BKLive and Urban Democracy Lab, and We Won’t Move: Tenants Organize in New York City inspired a great article on Urban Omnibus. Armed By Design received some airtime on WBAI’s Cuba in Focus show and was reviewed at artinfo.com.  This exhibition also featured heavily in The Guardian‘s profile of the archive.
Elsewhere, Clocktower talked to some of our volunteers about curating social movement culture; British beauty designer Stella Freud mentioned to style.com that we’re “a place where the spirit of change is being nurtured so beautifully for ‘when the revolution comes'”, and the Times listed Interference Archive on their list of the Best In Art of 2015.