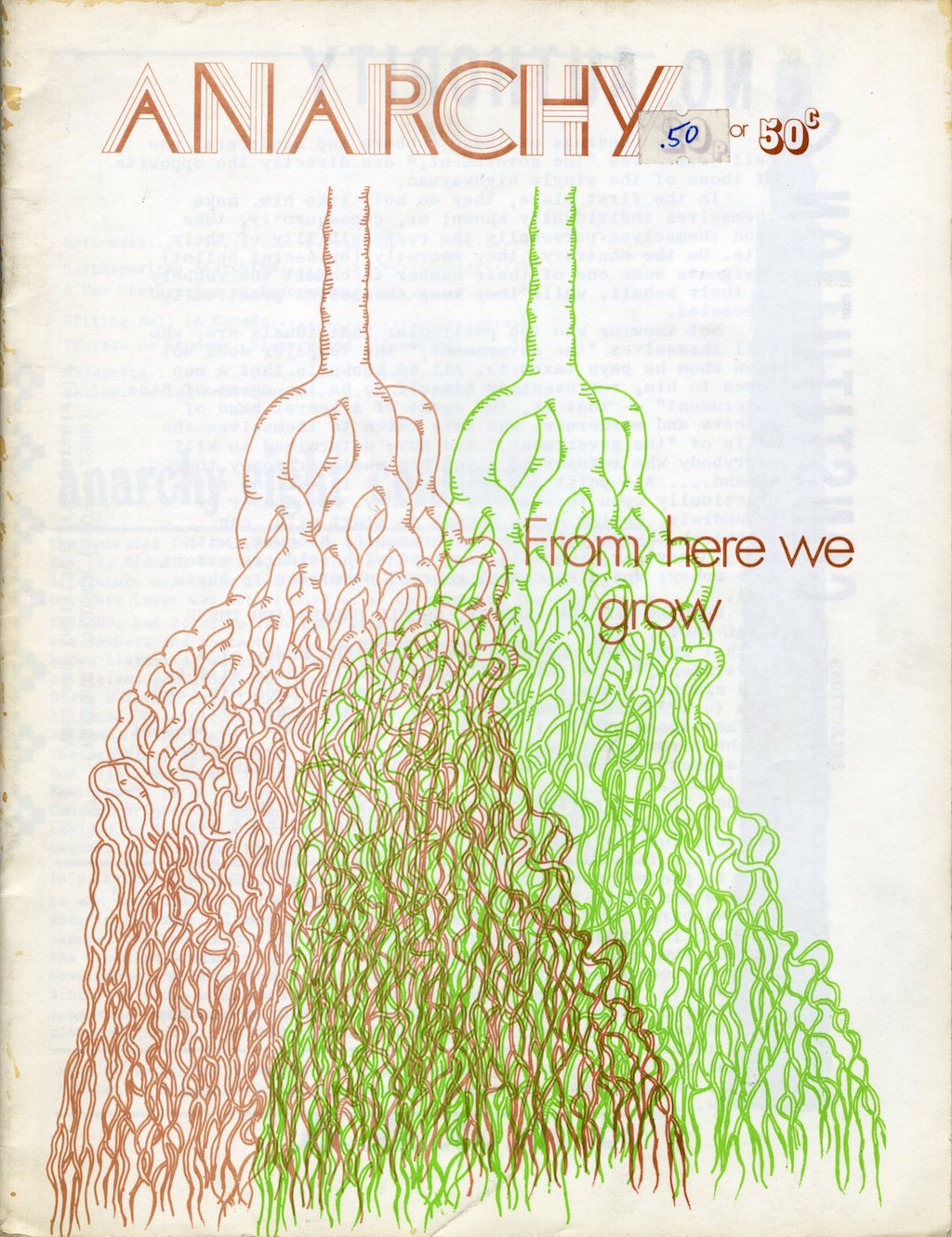 This post is number eight in a series during the month of December 2016, where we are reflecting on the things — issues, movements, and ideas — that give us a reason for existing here at Interference Archive. We wanted to take this time to think about what these critical elements and movements bring to us, and what we have to give to them. You can read parts one, two, three, four, five, six, and seven as well.
If you’d like to support Interference Archive so that we can continue providing a space for this work, please consider making a donation today.
Anarchism
Anarchism evolved in the mid-1800s workers’ struggles against capitalism, growing steadily in the following decades in spite of small defeats around the times of the two world wars in the 20th Century. Yet it keeps reappearing, expanding its critique of State & Capital to all forms of oppression, exploitation, domination.
At Interference Archive, it is important for us to include anarchist material alongside the other movements and communities we collect because it has been a guiding ideal and practice for so many – from the upheavals of the Sixties and Seventies, through the 1990s globalization movements, to Occupy and related movements; from struggles against borders, to defending alternative spaces like squats, to defense of the “commons”, to anti-racist and anti-fascist movements of today. Various anarchistic tendencies – anarcho-communism, anarchist-syndicalism, anarcha-feminism, libertarian socialism, horizontalism, eco-anarchism, etc., presently inspire many radicals.
— Duff
Anarchism and anti-authoritarian movements have had a strong influence on the political formation of the founders of Interference Archive. Its philosophy of not ruling over one another and principles of mutual aid are the bedrock of our organizing principles and sustenance.
From infoshops, social centers, and bookstores to free-thinkers, collectives, syndicalist/trade unions, insurrectionists, social warriors, anarcha-feminist, primitivist, autonomous marxist, “self-proclaimed”, card-carrying, and other flavors…their influence has left its mark and cultural production in the archive.
— Kevin Caplicki
From the archive: 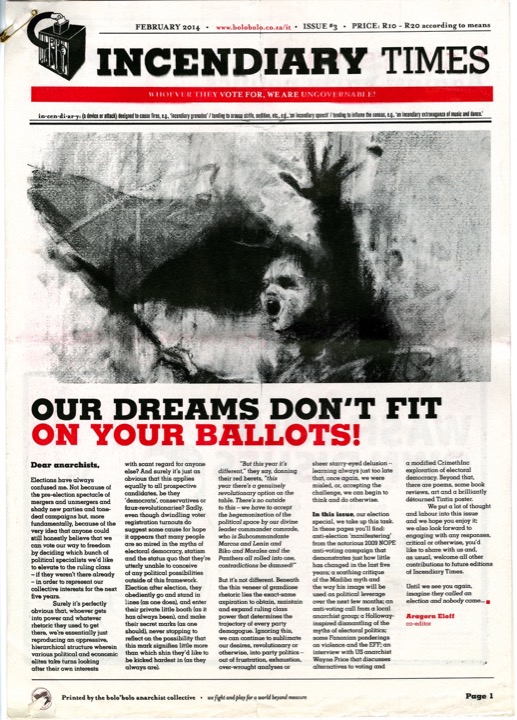 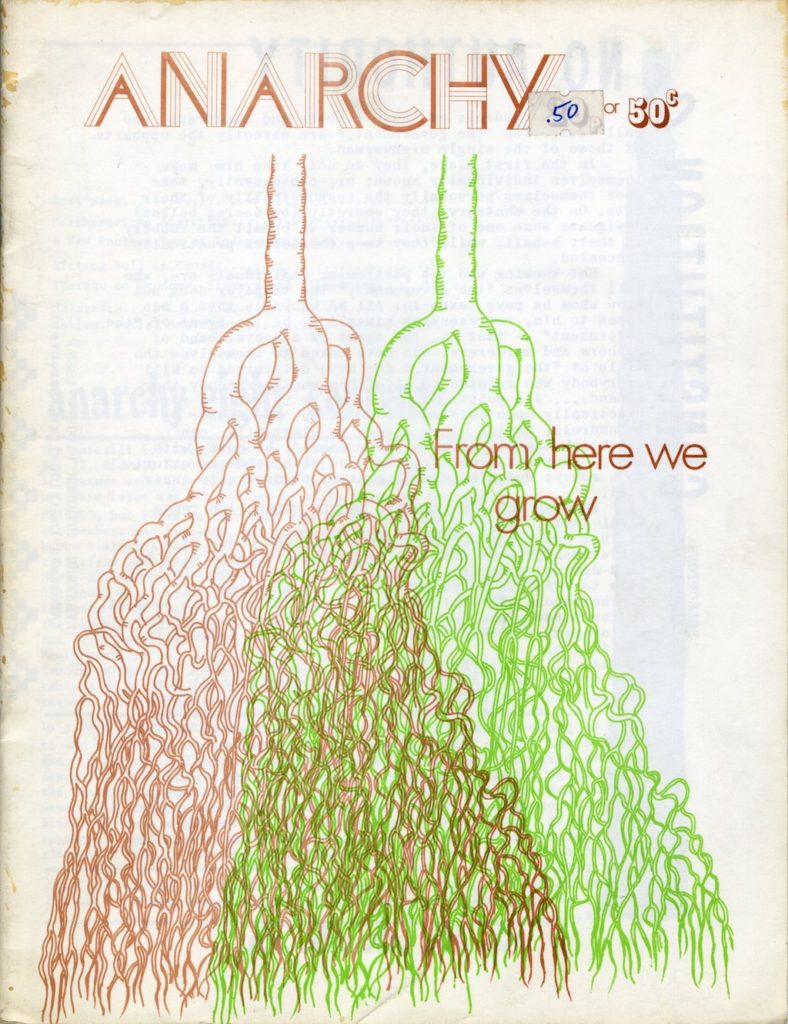 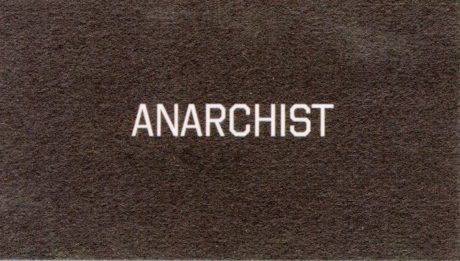